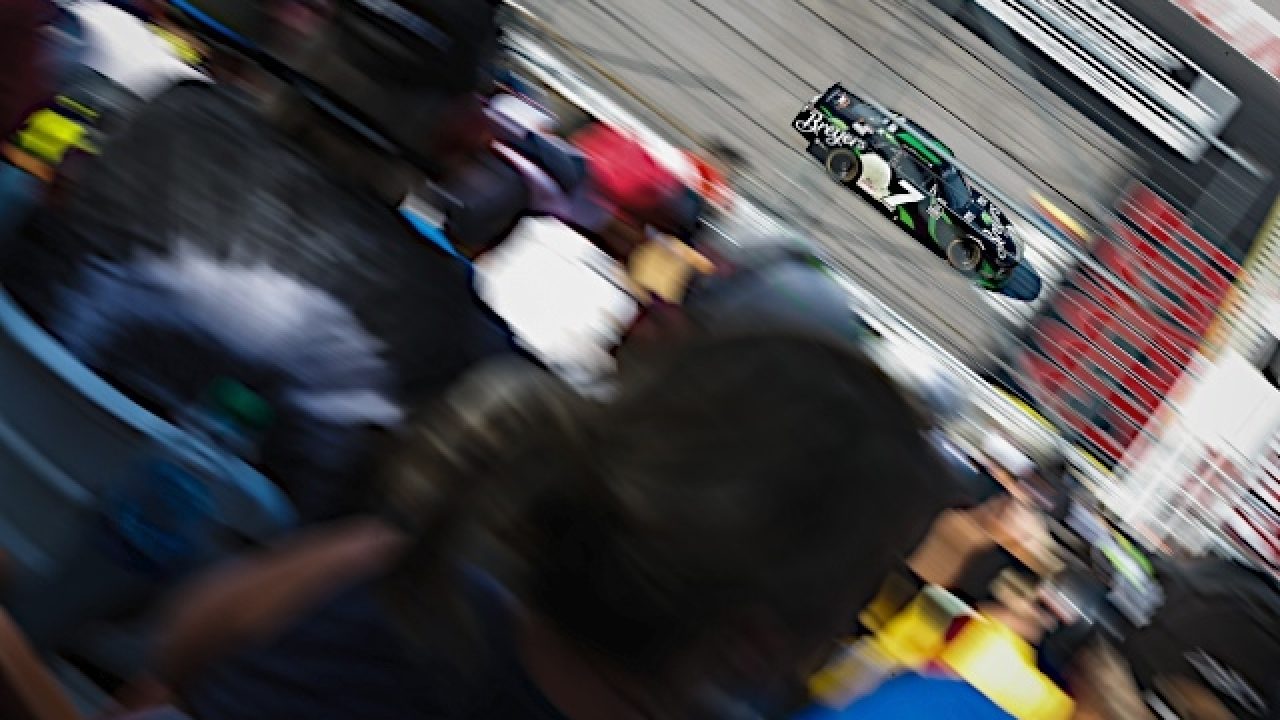 Justin Allgaier, driver of the No. 7 Breyers Chevrolet, scored a hard-fought sixth-place finish in Saturday afternoon’s NASCAR Xfinity Series event at Darlington Raceway. With the result, Allgaier has now placed at least 12th or better in his last 11 NXS events dating back to Texas Motor Speedway in June. Additionally, today’s top-10 effort keeps the JR Motorsports driver third in the NXS playoff grid with just two races remaining in the regular season.

Allgaier lined up for the 147-lap event from the fourth position after the field was again set via NASCAR’s mathematical formula. From the drop of the green flag Allgaier charged forward, utilizing the preferred outside groove around Darlington to race into the second position by the completion of the first lap. Allgaier didn’t stop there, as the driver of the Breyers Chevrolet powered into the race lead for the first time on lap 10. Now out front, Allgaier looked to break away, but was slowed on two separate occasions, including the scheduled competition caution on lap 20. Despite restarting from the lead on lap 25, Allgaier reported that he had developed a loose-handling condition on the entry and exits of the corners, and a tight-handling condition through the center. These handling woes ultimately shuffled the JRM driver back to the fourth position as Stage One started to draw to a close.

Then, with just one lap remaining in the stage, Allgaier reported that the right-front tire was going down. This forced the driver of the No. 7 Camaro to slow down in order to minimize any potential damage. Despite the issues, Allgaier was able to remain inside the top 10 to take the green-and-white checkered on lap 45 in the 10th position and score one valuable stage point to begin the day.

While under the stage-ending caution, Allgaier brought the Breyers Chevrolet to pit road for four tires and a chassis adjustment in the hopes of improving both the loose and tight-handling conditions. Returning to the track for the start of Stage Two in 10th, the Illinois native held steady, as a quick caution just five laps into the stage halted his forward progress. Once back under way on lap 64, Allgaier pressed forward, taking advantage of the green-flag run that followed to climb back into a four-car battle for position inside the top five. Swapping positions lap after lap with Daniel Hemric and AJ Allmendinger, Allgaier made his move on the final lap of the stage as the JRM driver dove four-wide on the exit of Turn 2.

This move catapulted Allgaier back inside the top five and up to the fourth position as the field took the green-and-white checkered on lap 90. With the strong result to end Stage Two, Allgaier was able to net an additional seven stage points, bringing the No. 7 team’s total up to eight for the afternoon.

Prior to the beginning of the third and final stage, the driver of the Breyers Chevrolet returned to pit road for four tires and another round of adjustments. Lining up in fifth following the stop, Allgaier maintained his track position inside the top five once the final segment got under way, patiently riding in the fifth position until the caution flag was displayed once again on lap 108. On the ensuing restart, Allgaier continued to battle for position, despite reporting that the loose-handling condition had returned to his Breyers Chevrolet.

Despite not handling to his liking, Allgaier raced back up to the fourth position and remained there until a lap-137 caution period brought the field back together again. While under caution, the call was made for the driver of the Breyers Chevrolet to return to pit road for the final set of fresh tires and fuel. With a variety of strategies playing out among the front-runners, Allgaier lined up on the outside of the fourth row for the lap-142 restart. Although restarting outside of the top five, Allgaier quickly charged forward, moving back up to the fifth position before the final caution flag of the day was displayed on lap 144, setting up NASCAR’s version of overtime.

Lining up as the third car on the outside line for the overtime restart, Allgaier battled two and three-wide for position before ultimately taking the checkered flag in sixth.

With the top-10 result, Allgaier remains third in both the championship standings and the NXS playoff grid with just two races remaining in the regular season.

“It was a good day for our Breyers Chevrolet. It felt great to get out front early and lead some laps and show that we had the same speed we did back here in the spring, which was good. To come away with another top-10 finish definitely helps keep our momentum in the right direction, especially with just two races remaining before the playoffs get under way. Also, a big congrats to my teammate Noah (Gragson) on getting the win today, that was awesome to see. Now it’s on to Richmond.”