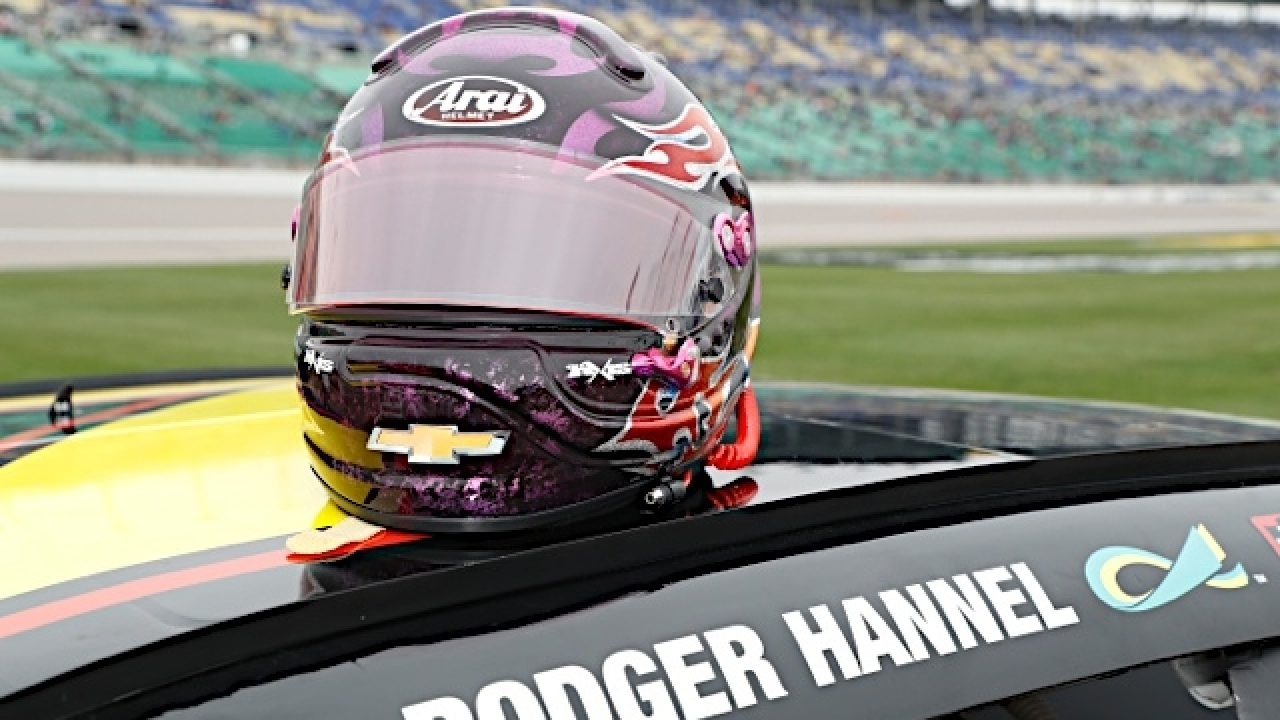 Justin Allgaier, driver of the No. 7 BRANDT Professional Agriculture Chevrolet, earned his 10th consecutive top-10 finish and improved his position in the points above the playoff cutline on Saturday afternoon in the NASCAR Xfinity Series event at Kansas Speedway. Rallying from a flurry of late-race cautions, Allgaier improved four positions over the closing laps to take the checkered flag in ninth. With the result, Allgaier has now placed 10th or better in 16 of the last 18 NXS events and improves to nine points above the playoff cutline with one race remaining in the Round of 8. Following next weekend’s event at Martinsville Speedway, the top four drivers in the playoff standings will move on to compete for the NXS championship.

Allgaier took the green flag for the 200-lap event from the third position by virtue of NASCAR’s mathematical formula, which was once again utilized earlier in the week. The JR Motorsports driver battled for position inside the top five throughout the opening laps, settling into fifth by the time the scheduled competition caution was displayed on lap 20. While under caution, Allgaier reported to crew chief Jason Burdett that he was happy with the balance of the BRANDT Professional Agriculture Chevrolet. Lining up in fifth for the lap-25 restart, Allgaier was forced into a three-wide situation that ultimately slid the No. 7 back to eighth before the caution flag was quickly displayed again on lap 28. Following a lengthy cleanup during the caution, Allgaier set his sights forward once back under way on lap 37, improving three positions over the final eight laps to take the green-and-white checkered to end Stage One in fifth on lap 45. The stage-ending result earned Allgaier six valuable points to begin the afternoon.

While under caution prior to the start of Stage Two, Burdett called the driver of the BRANDT Professional Agriculture Chevrolet to pit road for four tires and an air pressure adjustment. Due to varying strategies on pit road, Allgaier returned to the track for the lap-51 restart in the 18th position. Undeterred by the loss of track position, Allgaier marched forward, needing only eight laps to rejoin the top 10. Once back in the top 10 the Illinois native continued to climb, taking advantage of the caution-free second stage to race up to the eighth position and remain there until the green-and-white checkered flag was displayed on lap 90. The eighth-place stage-result netted Allgaier an additional three points, bringing the No. 7 team’s in-race total to nine on the day.

While under the stage-ending caution, Allgaier reported to Burdett that he needed help with the rear stability moving through the corner. As a result, Burdett called the driver of the BRANDT Professional Agriculture Chevrolet to pit road for four tires and a chassis adjustment, sending Allgaier back out for the start of the third and final stage in the eighth position on lap 96. A multi-car incident on the opening lap of the final stage saw Allgaier quickly gain three positions to rejoin the top five. Opting for the outside line on the ensuing restart, the JRM driver quickly worked his way up to fourth before the field was slowed once again on lap 103. Again, choosing the outside line for the lap-107 restart, Allgaier held steady and remained inside the top five throughout the 28-lap green-flag run that followed. Then, during a lap-135 caution period, Burdett called Allgaier back to pit road for four fresh tires and another round of adjustments. Lining up in sixth following the stop, Allgaier quickly worked his way back into the top five, moving into fourth just before an incident brought the caution flag out again on lap 154.

During this caution, Burdett opted to bring Allgaier to pit road with the majority of the leaders for the final set of fresh tires and fuel to make it to the end. However, an issue during the pit stop shuffled the driver of the BRANDT Professional Agriculture Chevrolet back outside of the top 10 and to the 16th position for the lap-159 restart.

Undaunted by the task at hand, Allgaier looked to move forward, but disaster nearly struck as the veteran narrowly avoided the sliding car of Brandon Jones on the first lap of the restart. Regrouping following the near-miss, Allgaier rapidly ascended up the leaderboard, needing just one lap following the lap-164 restart to march back into the top 10. The driver of the BRANDT Professional Agriculture Chevrolet’s climb didn’t stop there, as Allgaier patiently worked his way back into the top five and into the fourth position before another near-miss for a multi-car incident brought the caution flag out for the final time on lap 178.

With a split strategy taking place amongst the front runners, Burdett called Allgaier to pit road for a set of fresher scuffed tires in the hopes that the cold tires would help the JRM driver work through traffic. Lining up in ninth following the stop as a result of varying strategies, Allgaier was initially shuffled back to as far as 13th amidst a mad scramble for position.

Settling in over the final laps, Allgaier pressed forward to rejoin the top 10 and take the checkered flag in the ninth position.

The result marks the 10th consecutive top-10 finish for Allgaier and improves the JRM driver to nine points above the playoff cutline with just one race remaining in the Round of 8.

“I’m glad we were able to build a little bit of a cushion on the playoff cutline today and I can’t thank Jason (Burdett, crew chief) and all the guys on this BRANDT Professional Agriculture team enough. We kept fighting all day long and got ourselves in a position to gain some points. Now it’s on to Martinsville. We know what we need to do and if we can just have a smooth day, I feel confident we can accomplish what we have set out to do all year long, and that is make it to Phoenix.”