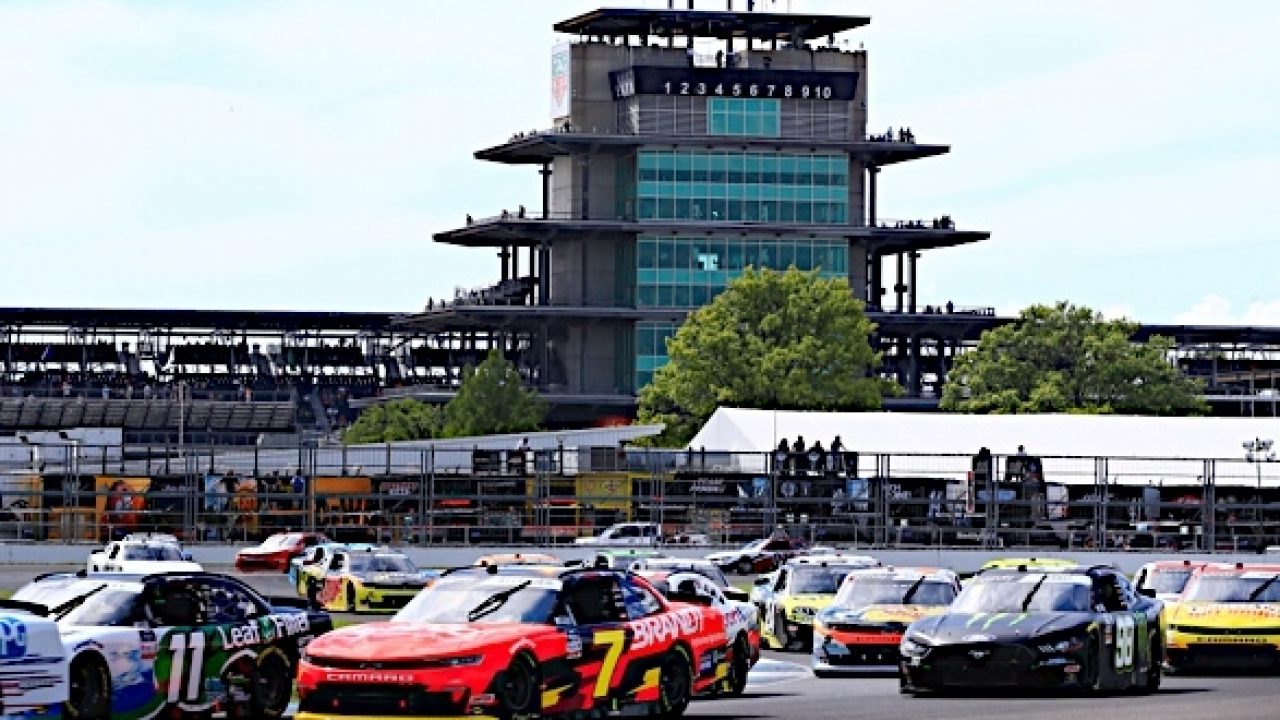 Justin Allgaier, driver of the No. 7 BRANDT Professional Agriculture Chevrolet, was solidly scored inside the top five heading to the conclusion of the second stage in Saturday afternoon’s NASCAR Xfinity Series event at the Indianapolis Motor Speedway Road Course. However, a caution flag waved with just three laps remaining in the stage as Allgaier entered pit road, subjecting the JR Motorsports driver to a penalty for pitting while the pits were closed. The penalty sent Allgaier’s Camaro to the tail end of the field for the start of the third stage. Undaunted by the task at hand, Allgaier charged back through the field, improving 11 positions to rally for an 11th-place finish. With the result, Allgaier has now finished 12th or better in the last eight NXS events dating back to Texas Motor Speedway in June.

Allgaier took the green flag for the 62-lap event from the fourth position after advancing to the final round of knockout qualifying on Saturday morning. The driver of the BRANDT Professional Agriculture Chevrolet maintained his track position inside the top five throughout the opening 15 laps of the afternoon. Then, during a lap-15 caution period, crew chief Jason Burdett made the call to bring Allgaier to pit road for four tires and a chassis adjustment with the thought being to keep the JRM driver out on the track at the conclusion of Stage One on lap 20. Due to a variety of pit strategies among the front runners, Allgaier returned to the track for the two-lap shootout to end the stage in the 16th position. Despite restarting outside the top 15, Allgaier pressed forward, gaining four positions to take the green-and-white checkered flag in 12th.

Burdett’s strategy call to have Allgaier pit prior to the end of Stage One proved fortuitous, as the driver of the BRANDT Professional Agriculture Chevrolet advanced to the eighth position as the majority of the race leaders came to pit road during the stage-ending caution. Lining up back inside the top 10 for the lap-23 restart, the Illinois native again marched forward, needing just one lap to rejoin the top five before advancing to fourth on lap 25. Allgaier remained steadily inside the top five through a lap-28 caution period, despite reporting that the BRANDT Professional Agriculture Chevrolet needed more help at the entry to the heavy braking zones at the 2.439-mile road course. Allgaier continue to ride inside the top five on the ensuing restart, before Burdett looked to again make a strategy call as Stage Two started to draw to a close.

With just three laps remaining in the stage, Burdett called Allgaier in for four tires and fuel, but, as the JRM driver approached the commitment line at pit entry, the caution flag was displayed, closing pit road. After initial optimism that they beat the caution, NASCAR deemed that Allgaier was just short of the line prior to the caution coming out. As a result, Allgaier was sent from his 17th-running position to the end of the longest line following the conclusion of Stage Two.

Despite having to start the third stage from the rear of the field, Allgaier charged forward, gaining five positions over the opening two laps of the final stanza. The driver of the BRANDT Professional Agriculture Chevrolet’s ascent up the leaderboard continued from there, as Allgaier rejoined the top-15 on lap 47. From there, Allgaier pressed to get back into the top 10, working his way up to the 11th position and on the back bumper of 10th before ultimately running out of time.

In the end, Allgaier was scored with an 11th-place finish.

With the result, Allgaier has now finished 12th or better in his last eight NXS starts dating back to Texas and remains third in the playoff grid with just five races remaining in the regular season.

“We had a great BRANDT Professional Agriculture Chevrolet today and I can’t thank Jason (Burdett, crew chief) and everyone on this team enough. Jason made some great strategy calls and we were going to be in a really solid position to begin that last stage if we didn’t get caught by the caution flag. I’m happy we were able to rally like we did. It wasn’t the finish that we wanted but this team never gives up and I’m ready to get back after it next week in Michigan.”