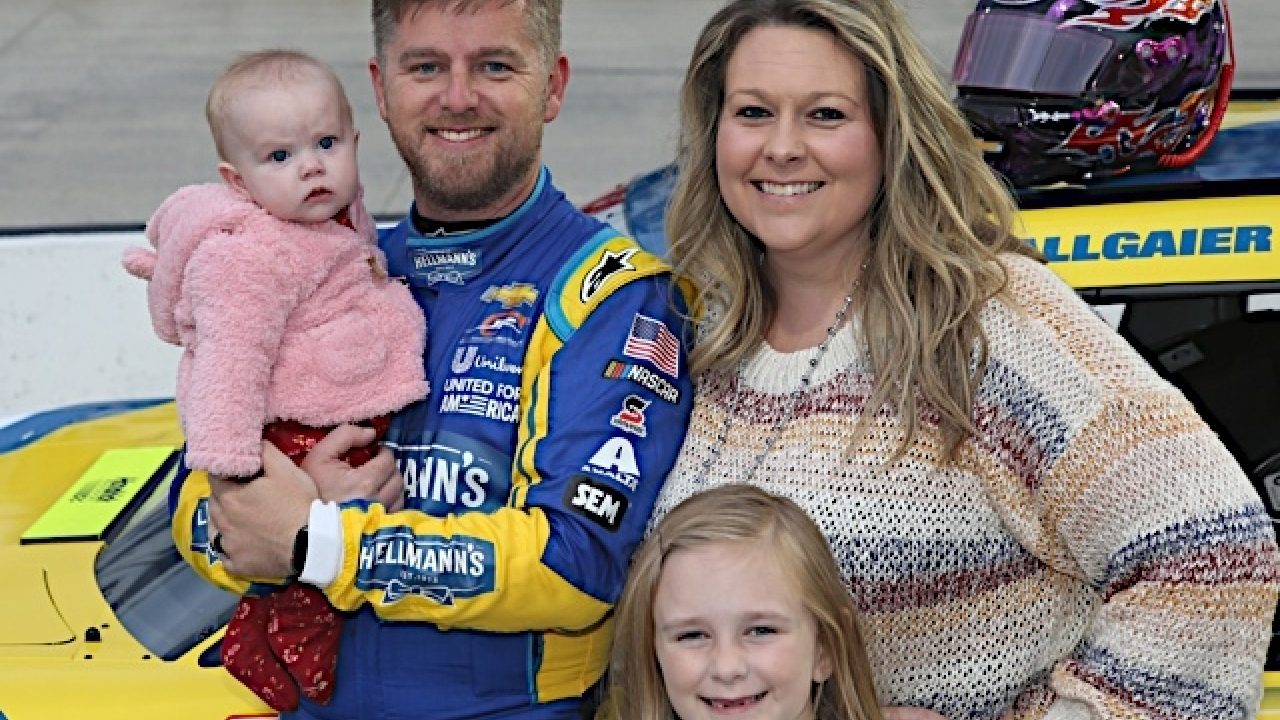 Dead On Tools 250 at Martinsville Speedway

Justin Allgaier, driver of the No. 7 Hellmann’s Fridge Hunters Chevrolet, earned a hard-fought fifth-place finish in Saturday evening’s NASCAR Xfinity Series event at Martinsville Speedway. The top-five result marks the 11th consecutive race that Allgaier has placed inside the top 10 dating back to Michigan International Speedway in August. Although finishing inside the top five, Allgaier’s valiant effort to advance to the final round of the NXS Playoffs comes up one position short, as the Illinois native concludes the Round of 8 as the fifth seed.

Allgaier lined up for the penultimate event of the NXS season from fifth position after the field was set via NASCAR’s mathematical formula for the final time earlier this week. From the drop of the green flag, Allgaier reported to crew chief Jason Burdett that the Hellmann’s Fridge Hunters Chevrolet was tight rolling through the center of the corner. Despite not handling his liking, Allgaier continued to fight for position inside the top five through a flurry of early- stage cautions, making his way up to as high as second before the final caution flag of Stage One flew on lap 47. Opting to restart on the outside of the front row for the lap-53 restart, the JR Motorsports driver battled with Daniel Hemric for position before taking the green-and-white checkered flag in third on lap 60. The third-place stage-ending result netted Allgaier an extremely valuable eight points to begin the evening.

Prior to the start of Stage Two, Burdett called the driver of the Hellmann’s Fridge Hunters Chevrolet to pit road for four tires and an air pressure adjustment. However, due to varying pit strategies following the stage, Allgaier took the lap-68 restart from the 18th position. Undaunted by the loss of track position, the Illinois native pressed forward, patiently maneuvering his way back into the top 15 on lap 82. Even with the forward progress, Allgaier reported that the tight-handling condition had returned through the three-quarter mark of the corner. Despite the persistent condition, Allgaier continued to move back toward the top-10 in the caution-free second stage, ultimately working his way up to 13th by the time the green-and-white checkered was displayed on lap-120.

During the stage-ending caution, Burdett called Allgaier back to pit road for four tires and a chassis adjustment in the hopes of alleviating the tight-handling condition. A strong stop by the Hellmann’s Fridge Hunters crew sent the JRM driver back out for the start of the third and final stage in the 10th position. Allgaier continued to patiently navigate through traffic once back inside the top 10, taking advantage of a lap-149 restart to race up to the seventh position and remain there until the field was once again slowed on lap 178. Now back under caution, Burdett opted to have Allgaier return to pit road with the rest of the race leaders for four tires and another round of adjustments. Returning to the track in seventh following the stop, Allgaier quickly rejoined the top five and was scored fifth when the caution flag was again displayed on lap-185.

Using the choose rule to his advantage, Allgaier jumped up to the second car on the outside line for the lap-192 restart, and remained in fourth through two consecutive incidents following restarts before making his way back up to third following a lap-207 restart. Back inside the top three, the driver of the Hellmann’s Fridge Hunters Chevrolet set his sights forward, but another caution on lap 217 hindered his progress.

Opting for the outside of the front row for the ensuing restart, Allgaier battled hard to try to take the race lead before settling into the fourth position. The JRM driver would remain in fourth until a caution with seven laps remaining brought the front runners back together. A quick caution following the restart set up NASCAR’s version of overtime, with Allgaier unable to advance his track position.

Taking the green flag for overtime as the third car on the inside line, Allgaier battled with JRM teammate Sam Mayer and Brandon Jones before taking the checkered flag in the fifth position.

The top-five result is the 15th of the season for Allgaier and marks the 11th straight race that the JRM driver has placed inside of the top-10.

“I just want to thank everyone on this JR Motorsports team. This group has fought hard all season long and I can’t say enough about everything that they have done this year. It’s unfortunate that we couldn’t advance onto the next round of the playoffs, but I am so proud of the effort and the speed that we have brought to the track each and every week. Tonight was another example of that with our Hellmann’s Fridge Hunters Chevrolet. Congratulations to my teammate Noah (Gragson) on getting the win and advancing and I am really happy that we were able to have JRM represented in the Championship 4. There’s one race left and hopefully we can end this season on a really strong note next week in Phoenix.”