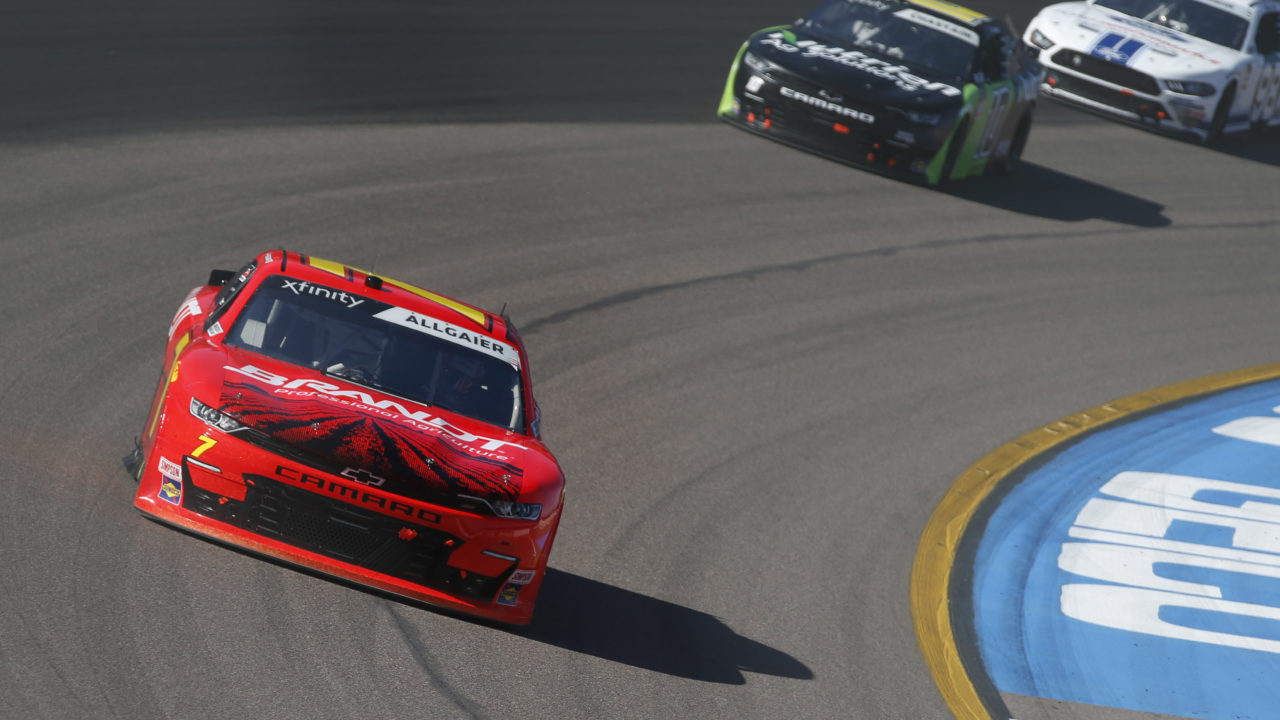 Justin Allgaier had a fast BRANDT Professional Agriculture Camaro in Saturday’s LS Tractor 200, leading 51 laps and earning his third stage win of the season. It looked like he was poised to get the third Phoenix victory of his NASCAR Xfinity Series career, but the team’s pit strategy didn’t quite play out the way they had hoped in the final stage and Allgaier ended the race with a 13th-place finish. Allgaier now has three valuable playoff points netted through the first four events of the season.

Allgaier started the race from the sixth position and wasted little time working his way towards the front. He was battling for the third position when the first caution of the race came out on lap 32. Under the caution, the 33-year-old driver relayed that the BRANDT Camaro was tight center and free late exit. He restarted in fourth on lap 36 and continued to drive forward, finding himself in the lead on lap 40. He held on to the top spot for the remainder of Stage One to earn his third stage win of the season. During the stage-ending caution, crew chief Jason Burdett called Allgaier in for four tires and fuel.

Taking the green flag in the third position on lap 55, Allgaier surged forward to the lead in a hurry. He continued to pace the field until Kyle Busch was able to work his way by on lap 76. When the caution came out with less than 10 laps to go in Stage Two, Allgaier came to pit road for four tires and fuel. With some cars on varying strategy, he restarted a little deeper in the field, but worked his way to fifth before the green-and-white checkered flag waved to end Stage Two on lap 90.

Allgaier was in the fourth position to start the final stage and set his sights on the lead once again, moving into the top spot on lap 117. An on-track incident brought out a caution on lap 128 and the BRANDT team opted to stay out and save their last set of tires while a majority of the field pitted for their final set. He restarted in the lead and was in that same position when yet another caution flag waved on lap 136. The team called Allgaier to pit road for fuel to be able to make it the rest of the way, but decided to hold off on changing tires in hopes of catching another caution closer to the end of the race. Unfortunately, the team did not get the caution they needed, but Allgaier still battled hard in the closing laps, coming home with a 13th-place finish on much older tires than the rest of his competition.

“We had a really fast BRANDT Professional Agriculture Camaro today. I thought we made the right call. I told Jason over the radio a couple of times that I still felt like it was the right call. I’ve been beaten way too many times by that particular instance. Knowing how many laps were left and knowing how good our car was, the cautions just didn’t fall the way we needed them to. The definition of luck, I talk about it all the time, is when preparation meets opportunity. We were prepared we just didn’t get the opportunity. I hate it for the No. 7 guys and everyone at JR Motorsports. They built a really fast race car and we don’t have a victory to show for it. Just a tough day at the office.”