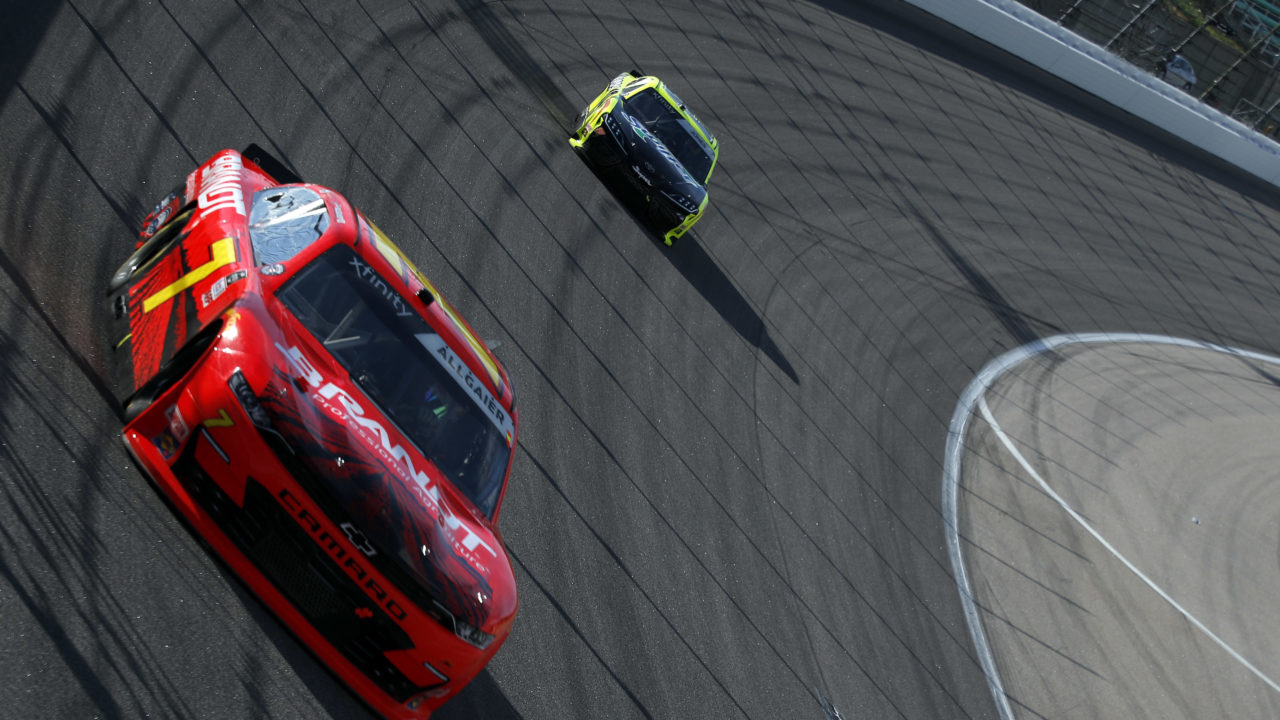 Justin Allgaier and the BRANDT Professional Agriculture team netted their ninth top-10 effort of the season on Saturday evening, earning a 10th-place finish in the NASCAR Xfinity Series event at Kansas Speedway. The result was Allgaier’s seventh top-10 finish in 10 NXS starts at the 1.5-mile track. The 34-year-old driver currently sits seventh in the NXS point standings 17 races into the 2020 season.

Allgaier started 11th in the 250-mile event and drove up to seventh before the competition caution at lap 20. He relayed to crew chief Jason Burdett that the BRANDT Camaro was tight center and free on exit. Opting to stay out under the yellow, the Illinois native restart in seventh on lap 26 and steadily worked his way inside the top five, ultimately taking the green-and-white checkered flag to end Stage One in fifth on lap 40. Under the stage-ending caution the team called him to pit road for four fresh tires, fuel and wedge and air-pressure adjustments to try to improve the handling on the BRANDT Chevy.

Allgaier fired off strong upon taking the green flag for Stage Two from the fifth position on lap 47. He was up to second in a hurry and continued to race inside the top five throughout the caution-free stage. When the green-and-white checkered flag waved to end Stage Two, Allgaier was scored with a third-place finish, earning more valuable stage points. Before making his pit stop under the caution, Allgaier reported to the team that the BRANDT Camaro was free in, tight center and free off the corners. In an effort to help with rear grip, Burdett called for an air-pressure adjustment, four tires and fuel.

A fast pit stop allowed Allgaier to maintain his third-place position for the start of the final stage on lap 87. Once again, Allgaier fired off free on exit, but fought through the tough-handling condition and continued to battle inside the top five. He was running in fourth when green-flag pit stops ensued. Burdett called him to pit road on lap 128 for four tires and fuel and he was scored back inside the top five once green-flag pit stops finally cycled through several laps later.

It looked as though the race would stay green until the finish, but a caution flag waved with three laps remaining in the race, setting up NASCAR’s version of overtime. Allgaier came to pit road under the caution from the fifth position for fresh tires and fuel and lined up in that same spot for the restart. Before the leaders could take the white flag, the caution flag waved once again. Allgaier was scored sixth at the time of the caution and that’s where he would line up for the final restart of the day. Allgaier battled hard through the chaotic final laps, ultimately bringing home a 10th-place finish.

“I’m disappointed our day ended the way it did. We had a pretty fast BRANDT Professional Agriculture Camaro and it looked like we were going to come home with a top-five finish until those final two cautions came out. Unfortunately we just didn’t get the restarts we needed at the end there. All-in-all it still wasn’t a bad day. We earned some good stage points. I know a win is coming for us soon.”