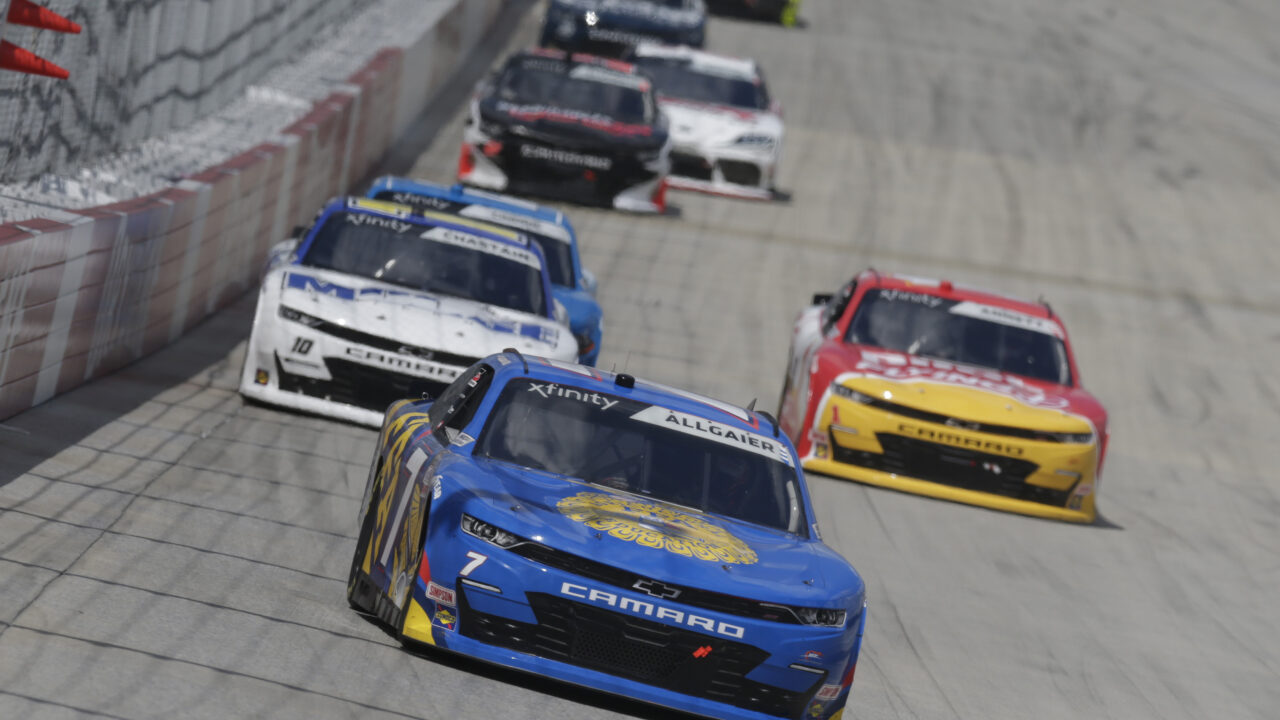 Justin Allgaier, driver of the No. 7 FFA Chevrolet, overcame a mid-race pit-road penalty to rebound for a seventh-place finish in Sunday’s second event of the Dover International Speedway doubleheader weekend. The 34-year-old driver led for 19 laps en route to his 12th top-10 finish of the season and remains fifth in the NASCAR Xfinity Series standings.

After winning Saturday’s race, Allgaier lined up 15th for Sunday’s event due to a top-15 invert of the field. The Illinois native was undeterred by starting deep in the field and raced his way to fifth before the first caution of the race on lap 11. After using the choose cone to take the outside line, Allgaier restarted inside the top 10 and again battled up to fifth prior to the lap 20 competition caution.

This time the JR Motorsports driver chose the inside line to restart in the third spot on lap 25 and advanced his position to second before the green-and-white checkered flag waved to end Stage One on lap 45. The team called Allgaier in during the stage break for four tires and fuel to prepare the No. 7 FFA Camaro for the start of Stage Two.

Allgaier lined up second to start Stage Two on lap 52 and took the lead for the first time of the day in a hurry. The driver of the No. 7 Chevy continued to pace the field until a caution came out on lap 65. Under the yellow, Allgaier relayed to crew chief Jason Burdett that the FFA Camaro fired off a lot tighter on entry but started freeing up as he ran.

Opting to stay out, Allgaier restarted from the top spot on lap 70, but a quick battle ensued for the lead with Allgaier dropping to second on lap 71. As the run went on, the handling of the No. 7 Camaro improved and Allgaier started to reel in the leader but ran out of time, ending Stage Two in the runner-up position on lap 90.

Prior to the final stage, Allgaier joined the rest of field on pit road for fresh tires and fuel. However, a tire got away from a member of the No. 7 pit crew and the team was issued a penalty resulting in Allgaier having to restart at the tail end of the longest line.

From the drop of the green flag for the final stage on lap 97, the veteran driver methodically worked his way forward, finding himself back inside the top 10 at lap 136. A long green-flag run ensued and Allgaier was up to eighth when green-flag pit stops commenced. The No. 7 team waited as long as they could in the hopes for a caution, but finally brought Allgaier to pit road on lap 180 for the last set of tires and fuel.

Allgaier got back out on the track in 10th and battled hard in the closing laps to bring the No. 7 FFA Camaro home in the seventh position.

“Today didn’t exactly go our way but I’m still proud of all these guys for the way we battled back after that pit road penalty. If there had been a caution in the final stage and we had a chance to get some of the track position we lost back, I really think we could have been up there battling for another win with our FFA Camaro. Overall though, this was a great weekend for our team and it feels good to be heading back home with a victory.”