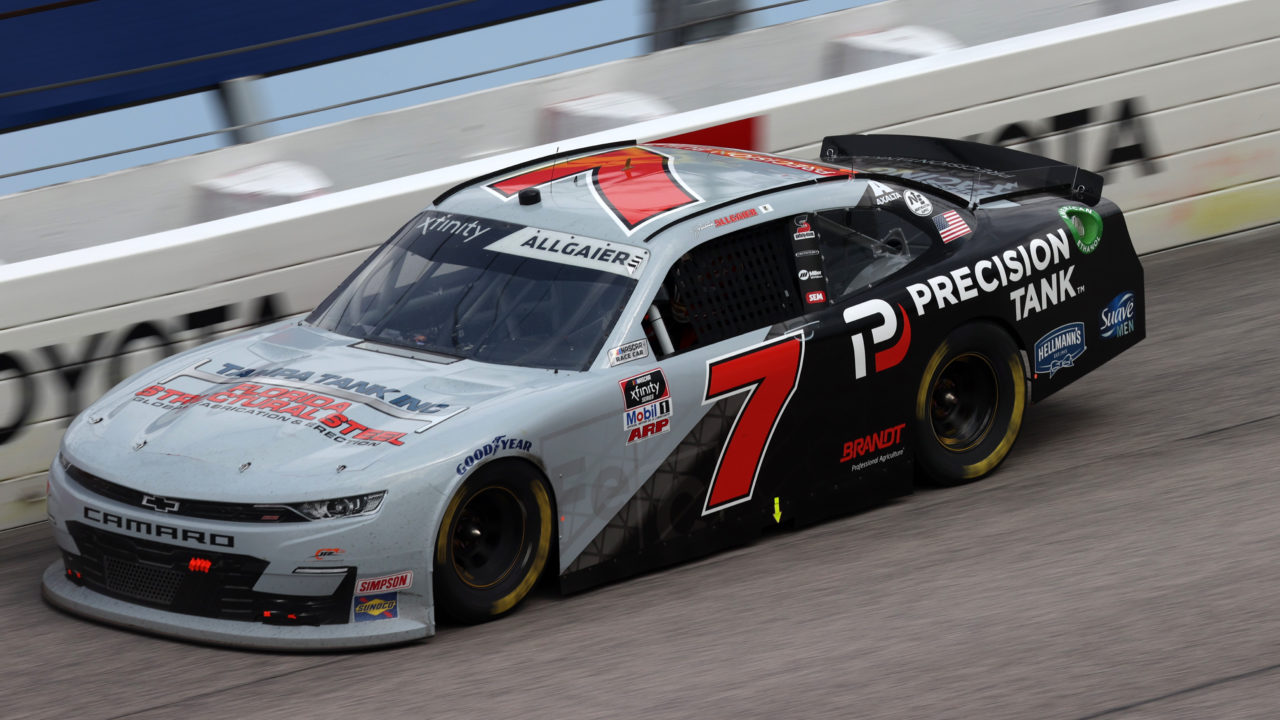 Justin Allgaier, driver of the No. 7 Precision Build Camaro, put on quite a show on Thursday in the NASCAR Xfinity Series’ first race back in over two months. The Illinois native battled inside the top 10 for the entire race and was leading with 15 laps to go when a caution came out. Allgaier continued to race hard in the closing laps, ultimately coming home with a third-place finish at Darlington Raceway. The result was his best effort in 10 career NXS starts at the historic track.

Firing off 10th for the 147-lap race, Allgaier continued to run inside the top 10 until the competition caution on lap 15. The team called the driver of the Precision Build Camaro to pit road for four tires, fuel and a track-bar adjustment. Restarting in the eighth position, he climbed as high as fifth, ultimately crossing the line to end Stage One in sixth on lap 45. Allgaier relayed to crew chief Jason Burdett that the Precision Build Camaro was tight through the center of the turns and free on entry toward the end of the run. The team opted to make a stop for four tires, fuel and an air-pressure adjustment. A fast stop allowed Allgaier to gain two spots on pit road.

The 33-year-old driver started the second stage from the fourth position and raced his way up to second in a hurry. Early in the run, he reported that the Precision Build Camaro was a little free with the right-rear and snappy off the corner. He continued to keep leader Kyle Busch within his sights during the remainder of the caution-free second stage and would take the green-and-white checkered flag in the runner-up spot. Under the stage-ending caution, Allgaier came in for four tires and fuel and exited pit road in the second position.

After Busch was caught speeding on pit road, Allgaier lined up as the leader to start the final stage. Chase Briscoe took the lead away, but Allgaier didn’t give up as he continued to track the driver of the No. 98 down. The JR Motorsports driver made the pass for the lead on lap 130 and was pulling away from Briscoe when a car spun, bringing out the caution with 15 laps to go. The field came in for their final stops of the race and Allgaier’s stop was fast, but he was just shy of winning the battle off pit road.

Allgaier lined up on the inside of row one for the last restart of the day and raced hard against Busch and Briscoe in the final laps, ending the race in the third position. It was the JRM driver’s second top-10 finish in five races this season.

“This No. 7 team did an awesome job today. Our Precision Build Chevy was really good and it felt great to get back out on the track. We had the lead towards the end there, but unfortunately that caution came out. We needed a bit of a longer run and I think we could have had something for them. All-in-all it was a really good day and I’m proud of the speed we had. It makes me excited to see what we can do at Charlotte. Hats off to Chase (Briscoe), he drove a heck of a race.”