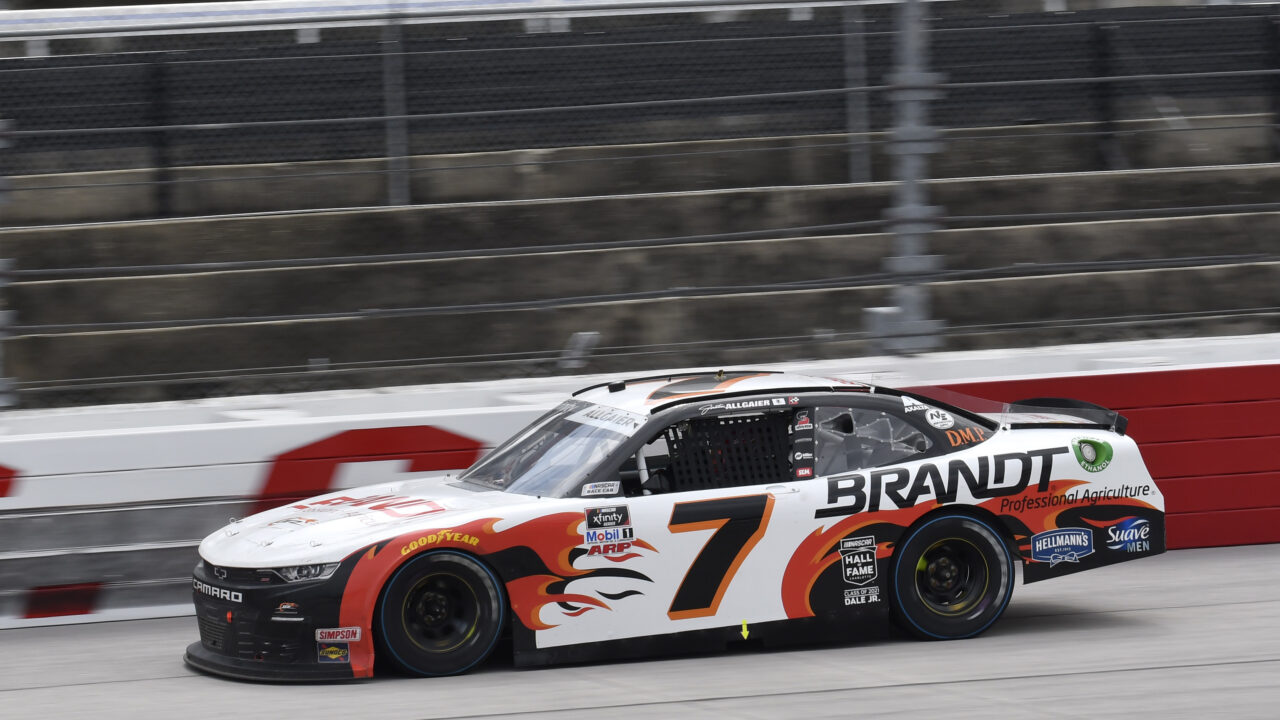 Justin Allgaier and the No. 7 BRANDT Professional Agriculture team overcame mid-race mechanical issues to battle back for a 31st-place finish in Saturday’s NASCAR Xfinity Series event at Darlington Raceway. After multiple right-front tire issues, the team ultimately made the call to head to the garage for repairs during the race’s second stage. Allgaier made it back out on the track 12 laps down in the 34th position and was able to gain multiple positions before the checkered flag waved. The 34-year-old driver is locked into the 2020 NXS Playoffs and currently sits seventh in the point standings.

Allgaier rolled off the grid in the 16th position and wasted little time advancing is position, driving to 10th before the caution came out on just the second lap. He relayed under the yellow that the BRANDT Camaro was snappy loose on late exit.

The JR Motorsports driver restarted in seventh and was racing in that same position when the competition caution came out on lap 20. Opting to stay out, Allgaier restarted in fifth on lap 26. After falling back to sixth, he reported that the No. 7 Camaro was tight across the center of the turns and really loose on entry and exit. As the run went on, Allgaier battled hard but continued to drop positions and was ultimately scored in 10th at the end of the first stage. Under the stage-ending caution, the team made a stop for four tires, fuel and adjustments to help the tough-handling condition on the No. 7 BRANDT Camaro.

Once the stop was complete, the team noticed that the right-front tire that came off the car had started coming apart, which would have played a major role in the ill handling that the BRANDT Camaro suffered from during the first stage.

Allgaier lined up just inside the top 10 for the start of Stage Two on lap 51 and was running in the ninth position on lap 74 when he radioed to the team that he was having another tire issue. He came to pit road the next lap for four fresh tires and when he went back out on the track he relayed that the car was down on the splitter.

Crew chief Jason Burdett directed Allgaier to take the BRANDT Camaro to the garage so the team could find and repair the mechanical issue causing the problems with the right front of the car. The team quickly went to work and got Allgaier back out on the track 12 laps down, just as Stage Two had concluded.

When the green flag waved to start the final stage on lap 96, Allgaier was scored in the 34th position. Multiple cautions plagued the last segment of the race and Allgaier was able to race smart and avoid the melee in the closing laps to bring the BRANDT Camaro home in the 31st position.

“Today was a long day for our BRANDT Professional Agriculture team. We had been looking forward to coming back here after having such a strong run in the spring, but unfortunately we had a mechanical issue. The guys were able to repair it and got us back out on the track, but we’ll still go back and take a closer look at things when we get it back to the shop. I’m looking forward to getting to Richmond next week for the doubleheader and seeing what we can do there. Hopefully the bad luck is behind us.”