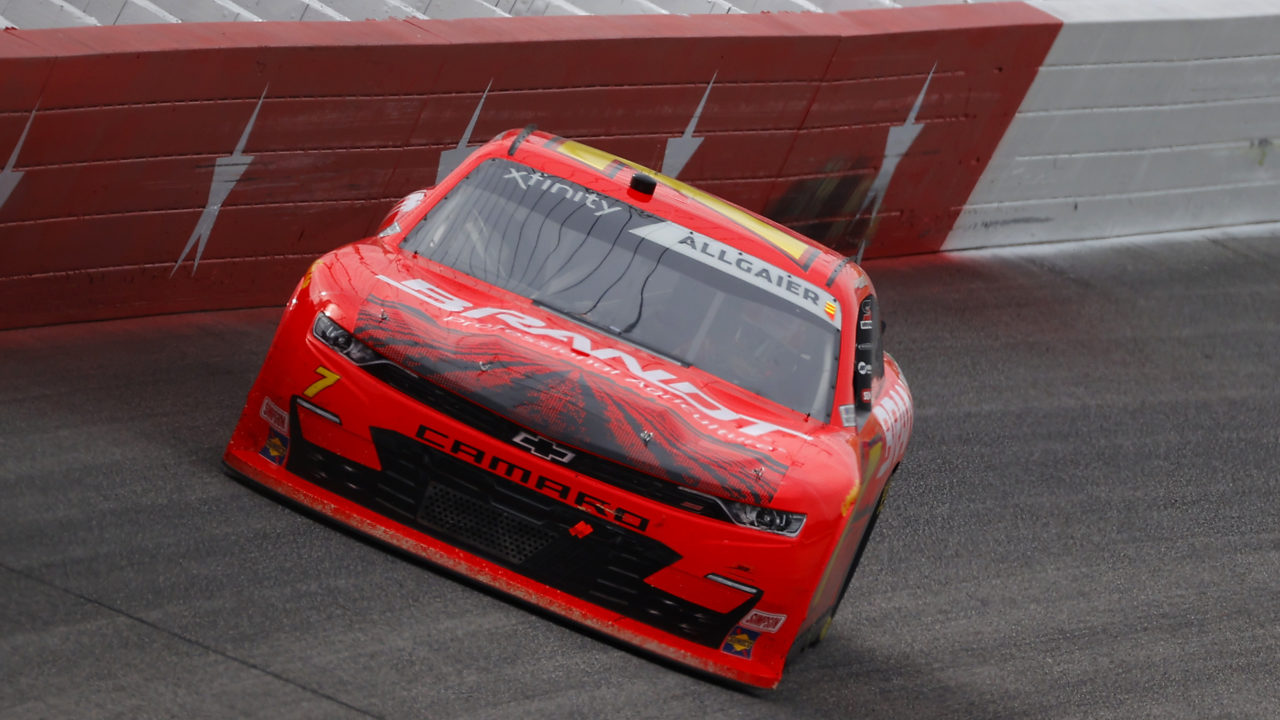 Justin Allgaier, driver of the BRANDT Professional Agriculture Camaro, overcame a late-race pit road penalty to score a sixth-place finish on his 34th birthday in Saturday’s EchoPark 250 at Atlanta Motor Speedway. The finish was the No. 7 team’s fourth top-10 effort of the season. With the result, Allgaier currently sits fourth in the NASCAR Xfinity Series point standings, just 43 markers behind the leader.

Allgaier rolled off the grid from the third position and fell back to fifth on the start with a loose handling BRANDT Camaro. By the race’s first caution on lap 17, Allgaier had raced his way back up to fourth. Opting to stay out, the JR Motorsports driver restarted in third and battled his way up to second, but began losing some ground as the run went on. Continuing to fight through the tough-handling condition, Allgaier took the green-and-white checkered flag to end Stage One in the fourth position. Under the stage-ending caution, Allgaier came to pit road for four tires and fuel.

Taking the green flag for Stage Two from the sixth position on lap 47, Allgaier continued to race inside the top 10 and radioed to the team that the BRANDT Camaro fired off with more grip but still needed more over the bumps. He was running in the sixth position when a caution came out on lap 70. Staying out under the caution, Allgaier restarted in sixth and was up to fifth, but the loose-handling condition plagued him once again and he lost a few positions in the closing laps of Stage Two, ending the stage in the eighth position.

Crew chief Jason Burdett called Allgaier in for four tires, fuel and a wedge adjustment. A fast stop by the pit crew allowed Allgaier to gain four positions on pit road, setting him up for a prime starting spot inside the top five for the final stage.

When the green flag waved for the final stage, Allgaier powered the BRANDT Camaro to third. He reported to the team that it was the best the car had been all day. He was in that same position when a caution came out on lap 98 and the team opted to pit for four tires, fuel and another chassis adjustment. The Illinois native restarted in third and dropped back to sixth, but as the run went on his BRANDT Camaro came to him. He raced his way back up to fourth before the final caution of the day came out with 39 laps to go. Allgaier came in for his last set of fresh tires and fuel, but was unfortunately caught speeding on pit road and received a penalty.

Restarting at the tail end of the field, Allgaier made quick work of the field, navigating his way to the 10th position in a hurry. He was up to eighth with 23 laps to go and picked off two more positions in the closing laps to take the checkered flag in the sixth position.

“Man, I’m frustrated with myself for getting that pit road penalty at the end there. This BRANDT Professional Agriculture team did such a great job on adjustments all day long and the pit crew was lights out. I feel like we really had a top-five car at the end there, but we just ran out of time getting back through the field. We’ll try again next week at Homestead.”