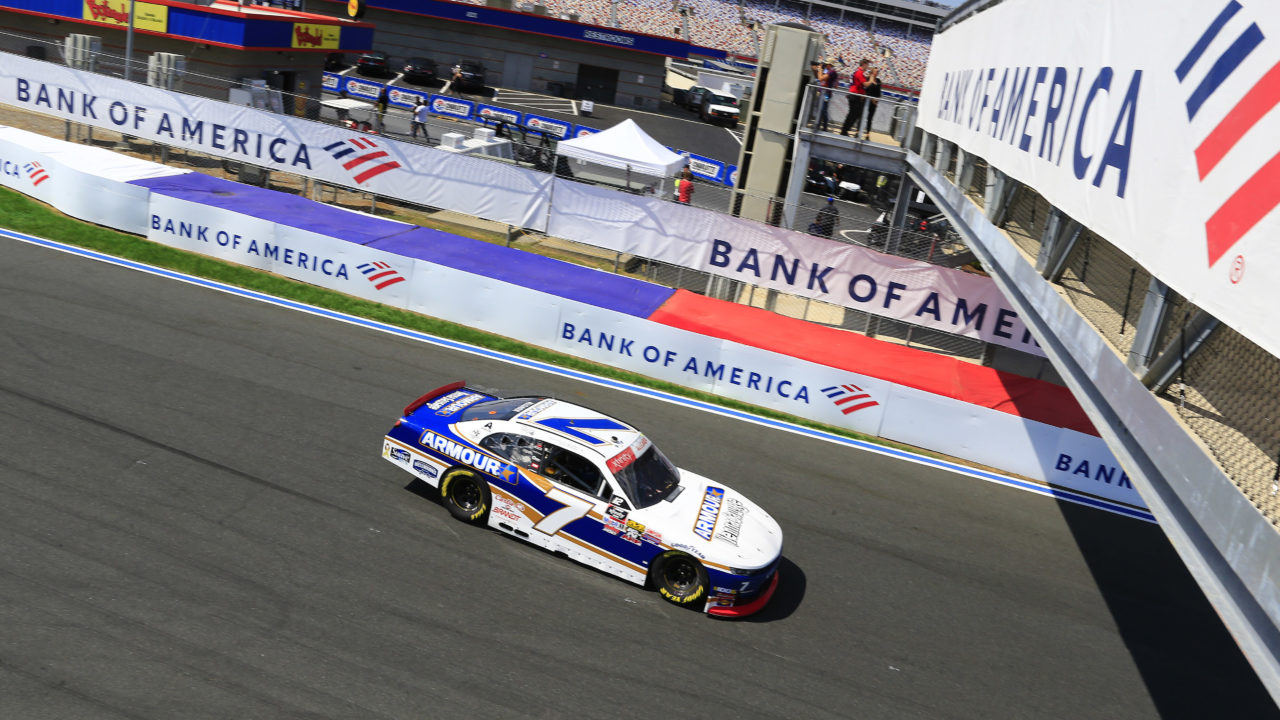 Justin Allgaier and the Armour Vienna Sausage team earned their fourth consecutive top-five finish on Saturday, placing fourth in the NASCAR Xfinity Series race at the Roval at Charlotte Motor Speedway. The JR Motorsports driver sits fifth in the playoff standings with one race remaining in the Round of 12.

Qualifying seventh for the 67-lap race, Allgaier wasted little time working his way inside the top five once the green flag dropped. He was in the fifth position when the first caution of the race came out on lap 3. Under the yellow, Allgaier reported to the team that the Armour Vienna Sausage Camaro was pretty good to start. Back under green, he continued to race inside the top 10. As the first stage neared its end, some cars ahead of Allgaier started to pit. Opting to stay out and collect maximum stage points, Allgaier took the green-and-white checkered flag to end Stage One on lap 20 in the third position.

Under the stage-ending caution, the team took four tires and fuel, setting Allgaier up to start the second stage from the ninth position. Once the stage was underway, the driver of the No. 7 advanced his position to seventh and remained there for several laps. Once again, multiple cars on an alternate pit strategy came to pit road with just a few laps remaining in Stage Two. Allgaier and the No. 7 team again opted to remain on the track and maximize the number of stage points they could earn, ending Stage Two in fourth on lap 40.

A fast stop by the No. 7 pit crew under the stage break put Allgaier in the eighth position for the final stage of the race. A big pileup heading into the first turn brought out the caution flag, Allgaier was in the middle of the melee but escaped without damage. Staying out under the yellow, he restarted in the sixth position and remained within the top 10 through a series cautions. The race came down to a three-lap battle to the finish, with Allgaier holding off his JRM teammate Noah Gragson to take the checkered flag in the fourth position.

AJ Allmendinger won the race and was followed by Tyler Reddick, with Austin Cindric, Allgaier and Gragson rounding out the top five.

“Our Armour Vienna Sausage Camaro was really good. I’m really proud of all the guys on this team. Today our goal was to have a good, clean race and get as many stage points as we could and I think we did a great job of that. Now we just need to head to Dover and get another solid finish so we can continue on to the next round of these playoffs.”