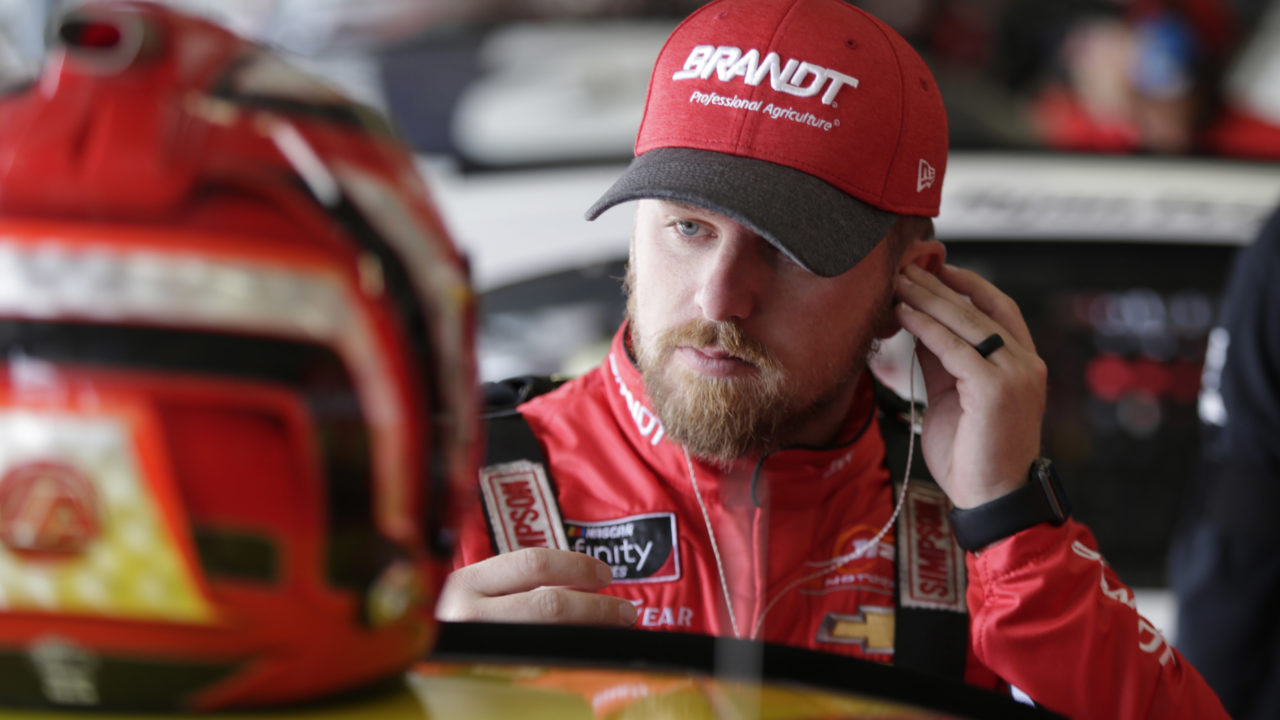 Race 6 of 33: My Bariatric Solutions 300 at Texas Motor Speedway

Justin Allgaier and the BRANDT Professional Agriculture team had a fast Chevrolet all weekend long, but a part failure ultimately forced the team to retire from the race early at Texas Motor Speedway, relegating them to a 35th-place finish. The 31-year-old driver now sits fifth in the NASCAR Xfinity Series point standings, 32 markers outside of the lead.

Allgaier qualified eighth for the sixth race of the season and wasted no time working his way up towards the front. By the end of the first lap he had the BRANDT Chevy in the sixth position and was up to fifth when the first yellow flag of the day waved just two laps into the race. The first stage became marred with cautions, not giving Allgaier much opportunity to advance his position. He had radioed just nine laps in that the BRANDT Chevy was really good, but just a touch free in the center of the turns at both ends of the track. The team’s day took a turn when the Illinois native relayed on lap 30 that he thought the BRANDT Camaro was down a cylinder. He was running in seventh but began losing positions, finishing Stage One in the 17th spot on lap 45.

Under the stage-ending caution, crew chief Jason Burdett called for the team to lift the hood during the pit stop to take a closer look. In an effort to diagnose and fix the issue, Burdett had Allgaier bring the No. 7 Chevy to the garage just a few laps later. After the team made repairs, Allgaier was sent back out on the track, 25 laps down. When the crew made a pit stop at the conclusion of Stage Two, the BRANDT Chevy’s engine cut off and was unable to re-fire, ending the team’s day early. Allgaier ultimately finished the race in 35th place.

Ryan Blaney took home the victory and was followed by Christopher Bell, Daniel Hemric and Cole Custer, with Ryan Preece rounding out the top five.

“Man, I hate it for this BRANDT Professional Agriculture team. We had a great car all weekend and were driving away from guys today when we started having problems. It would have been awesome to qualify for the first Xfinity Dash 4 Cash race of the season, but we’ll head to Bristol and try for another shot at it. This team brought a fast Chevy, we just had tough luck today.”