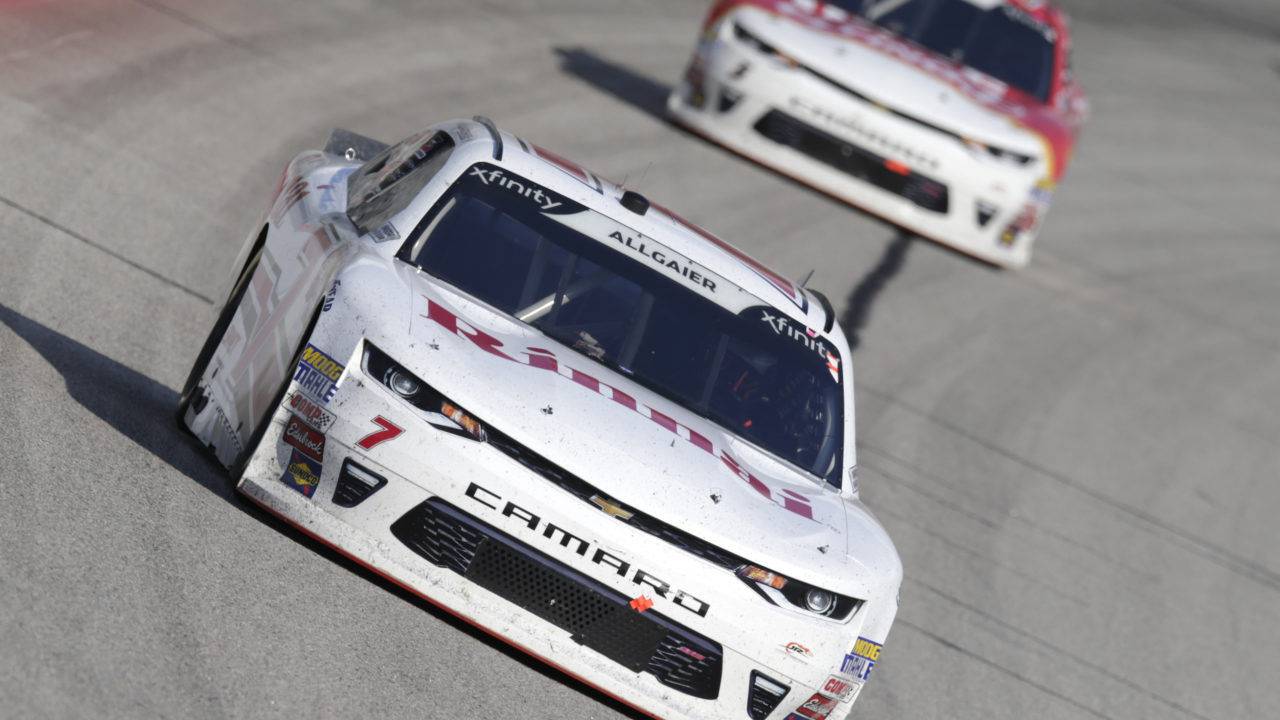 Justin Allgaier powered the No. 7 Rinnai Chevrolet to a sixth-place finish in the Rinnai 250 NASCAR Xfinity Series race on Saturday afternoon. The Illinois native moved up to seventh in the NXS point standings with the team’s solid effort at Atlanta Motor Speedway.

Qualifying 17th for the 163-lap race, Allgaier was trying to begin moving his way up the field when the caution came out on lap 10. He relayed to the team that his Chevy was free in, free off and tight center. Restarting 17th on lap 17 he finally got the chance to work his way closer to the top 10, running in 12th on lap 33. Just a couple laps later another caution flag waved. Crew Chief Jason Burdett called the driver of the Rinnai Camaro down pit road for four fresh tires, fuel and a track-bar adjustment. He took the green in 19th and maneuvered his way to 10th by the end of Stage One on lap 40.

When the race got back underway for Stage Two, the 31-year-old driver was scored in the seventh position on lap 48. He slid back to the ninth spot on lap 55, but was able to work his way back up to sixth by the end of the caution-free second stage. Under the stage-ending caution, Allgaier radioed that the Rinnai Chevy was tight on entry into the center and was free center off. The team opted to make a pit stop for fuel, four tires and a wedge adjustment.

The field took the green for the final stage on lap 89 and Allgaier was in the sixth position. He reported he was free off on corner exit and was still racing inside the top 10 when green-flag stops ensued. Burdett had Allgaier come to pit road on lap 126 for four tires and fuel. He was back to the eighth spot once stops had cycled through and began setting his sights on the cars in front of him. Allgaier knocked off two positions to settle into sixth on lap 136, where he remained until the checkered flag waved.

Kevin Harvick won the Rinnai 250 and was followed by Joey Logano and Christopher Bell, with John Hunter Nemechek and Elliott Sadler rounding out the top five.

“Overall it was a solid day. We had a really good Rinnai Camaro SS and obviously wanted to be in Victory Lane, with Rinnai being on the car and also being the entitlement sponsor of the race. After last week and getting crashed, we were trying to rebound on some points and have a good, solid day. We battled our way through. I’m really proud of all the guys back at the shop. They did a great job. We’re going to Vegas with a lot of momentum.”